Iran, twitter and the retweet seen round the world 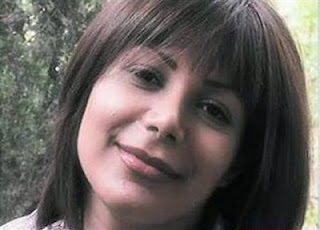 In the past few weeks there have been two revolutions going on, both with profound implications for the future of our global society. The first has been the large and sustained democratic protests in Iran in response to the sham election results that had the unpopular incumbent president scoring an extremely improbable 2 to 1 victory over a rival that had been surging ahead in election polls in the final days of the campaign.

The second revolution has been that of social media sites such as Facebook, Youtube and Twitter that have been able to keep the increasingly tragic news events in Iran reaching the outside world. Thanks to these sites, as well as the now ubiquitous cell phone camera, the outside world is able to bear witness as the Iranian autocrats shed any pretense of decency and assault and murder their own citizens.

In what has been dubbed the retweet (RT) seen around the world the shocking murder of Neda Agha-Soltan, has generated worldwide anger and contempt for the theocratic thugs who are in charge of Iran. Neda who was a young philosophy student at the University of Tehran was shot in the back. The shocking images of her death posted on Youtube and linked to on twitter have galvanized and united the civilized world in a way not seen since September 11, 2001.

In a speech given on June 23rd, US President Barack Obama called the video of Neda’s murder “heartbreaking” and said it made clear the violence against the protesters was “fundamentally unjust.”

President Obama then went on to state that, “In 2009, no iron fist is strong enough to shut off the world from bearing witness to the peaceful pursuit of justice.” In this regard Obama was not referring to the mainstream media outlets whose reporters in Iran have been arrested, intimidated, or ordered to leave the country. The President was instead referring to those brave Iranian citizens who were continuing to video with their cell phone cameras the brutal crackdown by Iranian police on peaceful protestors, Twitter the location of upcoming rallies and get their videos and comments posted onto the worldwide web through a variety of proxy sites.

The brave efforts of these democratic protestors are all the more impressive given the increasingly desperate measures the Iranian government is enacting to try and prevent the world from seeing these images. Thus the sudden importance of Twitter – which cancelled a scheduled shut down of its site for routine maintenance in response to an urgent request from the U.S State Department.

Technology, once the feared ally of despotic communist and fascist regimes, has now advanced to the point where it is now the ally of democratic citizenry the world over. Whether it is four RCMP officers Tasering a man to death in a Vancouver airport or a young women shot to death by police in the streets of Tehran, the age old police policy of lie and deny is no longer working because people around the world will be watching, tweeting and posting.

This story has also been posted at Vancouverite and on the Western Standard's Shotgun blog.
Posted by Unknown at 12:11 PM